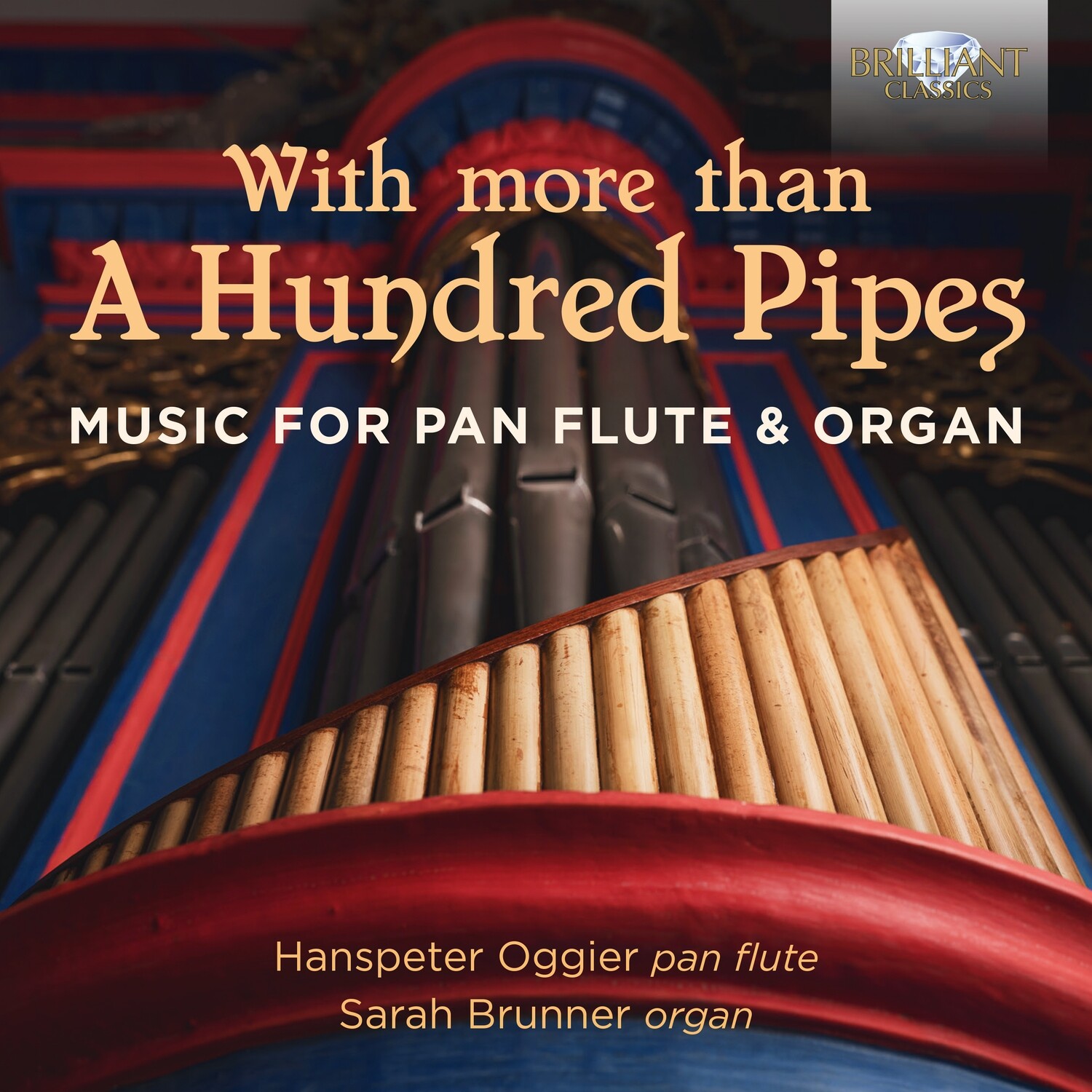 Baroque favourites and Romanian folk melodies arranged for the novel and haunting sonority of pan-pipes and organ.

Two previous albums of pan-flute arrangements on Brilliant Classics have served to showcase the technical brilliance and musical sensitivity of the Swiss pan-pipe virtuoso Hanspeter Oggier, and accordingly been met with critical acclaim. In partnership with the Swiss organist Sarah Brunner he now presents an original combination of folk tunes from the home of the pan-pipe with slow arias and quick dances by masters of the Baroque.

Panpipes are difficult to tame, but have an incredibly rich palette of timbres. Hanspeter Oggier plays on a pair of soprano and tenor panpipes built by his father Christoph. Having been fascinated by traditional Romanian music since childhood, Oggier grew up with the records of the Romanian panflutist Gheorghe Zamfir, and he studied with the Romanian panflutist Simion Stanciu, alias Syrinx, for ten years in Geneva. Thus he is familiar with the uniquely irregular rhythms of Romanian folk music. The album opens with Cântec vechi bucovinean, a melancholy-laden song from Bukovina. The round-dance Hora Niculinei makes a lively contrast before the Doina din Transilvania, a rhapsodic love song.

Such contrasting expressions also infuse the juxtapositions of Handel’s sublime lament Lascia Ch’io Pianga from Semele with one of Vivaldi’s most typically brilliant concertos originally written for flautino and with a merry dance by Purcell. Not all the Romanian pieces have folk origins, however: Lume, lume (in English: Earth, Earth) was written by the Romanian singer Maria Tanase, known as the ‘Piaf of the East’ who died in 1963. The song is full of sorrow for the passing of life and its drifting qualities are ideally suited to the mysterious, airy sounds of the pan-pipes.

‘These may be historical performances, yet neither Oggier nor Ensemble Fratres sound in any way stiff or scholarly. The performers are virtuosic in the animation of their playing and, in essence, create a good deal of fun, which no doubt Vivaldi intended.’ Classical Candor on Vivaldi concertos (95078)

‘A completely novel experience for the senses.’ CDClassico.com

‘Oggier and Ensemble Fratres plead their cause for playing Telemann this way with conviction… interpretations charged with a verve and intensity belonging to a gypsy band.’ La Liberté on Telemann concertos (95147)

Save this product for later
Display prices in: CHF